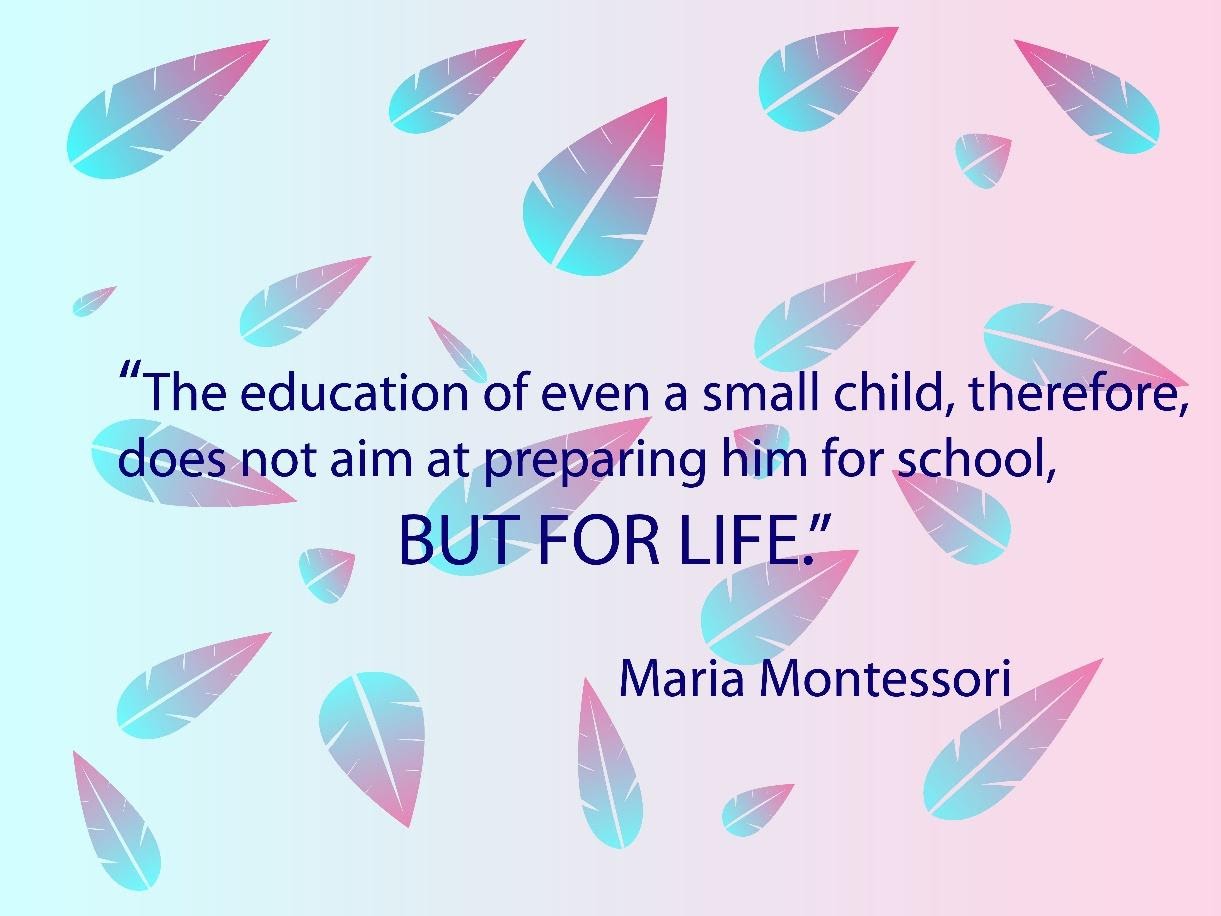 The child is treated and respected as an individual and allowed to learn and explore under the guidance of a non-intrusive teacher.

The child is provided with a choice of work areas and is not bound by time to explore a certain area. This freedom allows the child to develop concentration for long periods of time and instils in him/her a great sense of self-esteem and confidence when an activity is completed.

Thus, the freedom to learn and explore, the self-confidence developed, and happiness derived in being respected and treated as an individual, all makes learning a joyful experience and makes the child to naturally want to learn more. 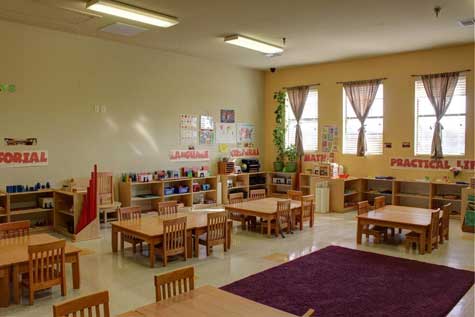 Montessori Classrooms are called the "Prepared Environment" which includes the concepts of individual freedom in the context of classroom order and structure. The Montessori environment is carefully prepared to meet and respect the intellectual, emotional, and physical needs of each child.

All the material is child size and arranged very carefully in an inviting matter to attract the attention and curiosity of the child.

The materials are arranged based on the following areas: Practical Life, Sensorial, Language Arts, Mathematics and Cultural Subjects.

A typical Montessori Environment will have children working with materials by themselves in a quiet manner. In a corner of the room, a teacher would be giving a presentation for a group of children on a new material or assisting a child with his/her material.

The Montessori Method differs from the Traditional Method of teachings in four different ways:

Montessori Environment or classroom
The Montessori Method emphasizes that children are taught through “touch and feel” using materials which provide the child with the ability to discriminate physical dimension, provide self-correction and teach coordination unlike the Traditional Method of education that focuses on books, charts, and instructions from the teachers.

Children can freely move around in the environment, work on materials of his/her choice and talk freely if they are not disturbing other children rather than sitting at a desk, working on the material chosen by the teacher.

The Montessori Method allows child to choose the material to work and does not impose a time limit on how long a child can work on a material unlike the Traditional Method. This allows for child to master a material before he/she moves on.

The Montessori Teachers build an atmosphere of calm and order and encourages children in all their efforts. With younger children, the Montessori Teacher plays a little more active role presenting activities but maintains a balance as to when to intervene and when to allow the children to explore.

Mixed Age Group
The Montessori Method requires that the environment or classroom consists of mixed age group of children which allow the younger children to learn from elder ones just like siblings do. The elder children act as teaching assistants and take on a mentorship role for the younger ones. This is quite different from the Traditional Method which insists on single age for all children in a class.

Maria Montessori was born in Italy, in 1870 and became the first female physician in Italy in 1896. In 1904, she was made a professor of anthropology at the University of Rome. During this time, she was drawn to observe how children learn. In 1906 she gave up both her university chair and her medical practice to work with a group of sixty young children of working parents who were disadvantaged or had special needs in the San Lorenzo district of Rome. 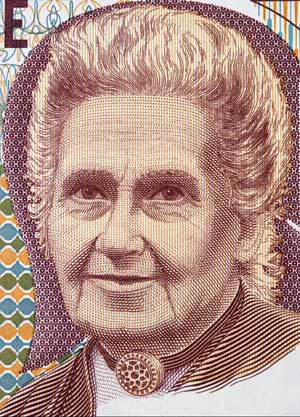 These observations were documented and led to the creation of the Montessori Method. She spent the remaining part of her life writing, lecturing, and teaching others about her methods. She has inspired a renaissance in the field of education that is unparalleled to this day. Maria Montessori was nominated for the Nobel Peace Prize three times—in 1949, 1950, and 1951.

She died in Noordwijk, Holland, in 1952, but her work lives on through the Association Montessori Internationale (AMI), the organization she founded in Amsterdam, Netherlands, in 1929 to carry on her work.

Why does the Montessori Method encourage mixed age group?

If you have siblings at home, you will notice that the younger ones learn quickly from older ones. This is natural. Dr. Maria Montessori observed this behaviour and reasoned that this behaviour is exhibited because children relate to each other better. Thus, the typical Montessori Environment would comprise of children in different age groups. The older children would act as assistant teachers and mentors. The younger children also learn the academic and social behaviour much quicker due to this setup.

What amount of freedom is a child given?

The Montessori Method provides freedom and choices of learning, enabling children to feel, understand; experiment and explore. With so much emphasis on freedom and exploration, the children can explore the environment, talk to other children, and teach other children just like an adult. Hence the child feels responsible and respected. The child knows his limits and learns in due course that if he/she is not a disturbance and behaviour is acceptable to the group, the child can explore whatever material or equipment he/she likes. If a teacher feels that a child is not coming around on his own and tends to be stuck on one material or equipment, the teacher intervenes and presents the child with other options.

When are the children taught to use the material or equipment?

The Montessori Method believes in the philosophy of freedom to explore. When the mind explores, the most important thing required is concentration without any distractions. When the child does this for long period of time, the child begins to have focus. To develop these skills, the Montessori Method encourages only one child to work on a material till he/she feels satisfied.

After this stage is reached, sharing becomes natural as the need to work on the material is automatically decreased. At this point, the child who has mastered this material, not only shares, but also teaches other children learning the material.

The Montessori Curriculum believes that a child will be reading and writing at the age of 5. The Montessori Method prepares the child academically and socially. Children out of Montessori schools usually exhibit a great deal of concentration and has a tremendous amount of confidence. Their ability to break large problems into small ones and understand concepts and think out of the box will ensure that they have solid fundamentals that would allow them to have a strong footing when they enter private or public elementary schools.

Is Montessori Method of education for very smart children? 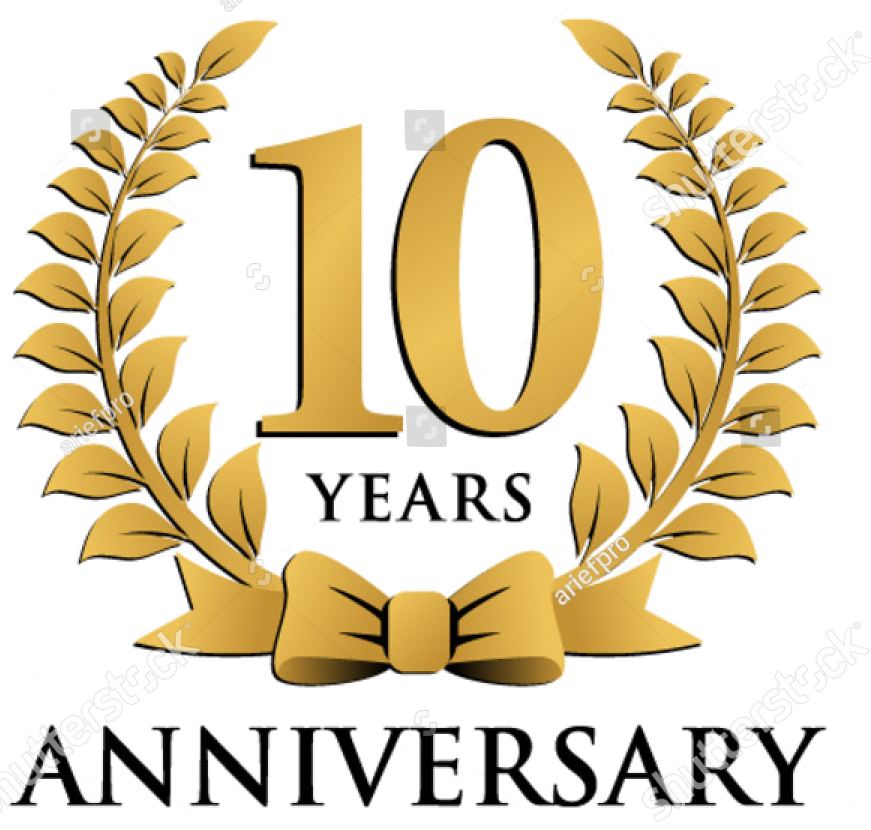